Ketamine Therapy Near Me in Oakbrook Terrace Illinois

Ketamine was originally used as an anesthesia medicine for animals. In 1970 the FDA approved it as an anesthetic for use on people.

Sometimes ambulance officers gave it to people who had tried to commit suicide as a way to calm them. Anecdotally reports started to filter in about how these people no longer felt suicidal. That is why researchers started to investigate if it could reduce depression and suicidal thoughts.

Ketamine produces a "dissociative experience".  Unfortunately because of this it has also been used illegally for people wanting to "trip". In this context it has been called K, Special K, Super K, and Vitamin K etc. And because of its  anesthetic properties in large doses, it has also been used as a date-rape drug. However, when used in these illegal ways, it doesn't have the same beneficial effects and instead can cause some serious health issues.

Many antidepressants affect serotonin, norepinephrine or dopamine systems, whereas ketamine is thought to have major effects on glutamate. This is a different neurotransmitter that is much more prevalent in the brain.

How is it used clinically and what does it feel like?

Ketamine can be used as an IV infusion, but the FDA has only approved its use for depression as a nasal spray called esketamine (Spravato). Its use is only recommended for adults who either haven’t been helped by antidepressants, or that have major depressive disorder, or are suicidal. Generally the patient continues on their antidepressant and receive esketamine at a medical clinic, where a health care provider watches over them for 2 hours after the dose.

This is the regime we follow as our Ketamine clinic in Oakbrook Terrace. The ketamine nasal spray cannot be taken outside of the clinic. Although we may not stay in the room with you the whole time, we are always available should you feel any anxiety or distress.

How does it feel? Many people report that they feel a state of deep relaxation. They feel physically sedated but still fully conscious. Some people feel a bit dissociated with their body and some also have hallucinations, whereas others don't report any of these effects.

What happens the first time you have the ketamine therapy?

Unlike many other mental health medications, the effects of ketamine therapy are far quicker. In fact many report a decrease in depression symptoms began to take place in as little as 24 hours after the first dose. For others, it can take a few days to feel the effects.

Are there any reasons why I might not be able to take ketamine?

Ketamine is not recommended if you have:

You should also tell us if you are taking any medications because some are contraindicated with ketamine.

Any there any side effects?

There are a number of possible side effects such as dizziness and drowsiness. That is part of why we want you to stay in the clinic for the full two hours after your dose. See the Mayo Clinic for a full description of these possible side-effects. 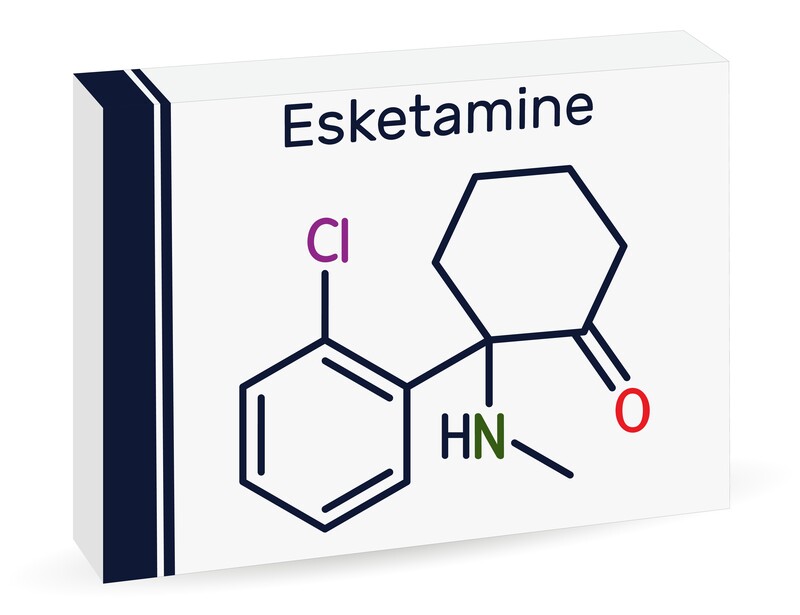 What does research show about ketamine?

Which mental health conditions has ketamine been found to help?